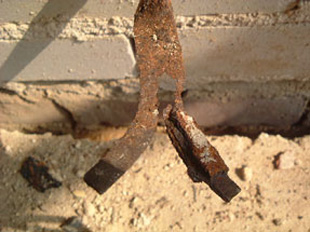 Since the 19th century metal wall ties have been used to avoid rain penetration and to increase the thermal insulation levels in homes and properties. But as this is an old practice the original buildings that were built before 1981 are now suffering from wall tie erosion.

Once they have begun to erode they can then go through a laminating process where they double in size. When this happens the building instantly becomes unstable and the mortar joints are lifted from their original location. If this gets really bad the building can begin to bulge and deform in shape resulting in the property being inhabitable. To prevent your home from the outer walls collapsing and causing more damage get in touch as soon as possible. 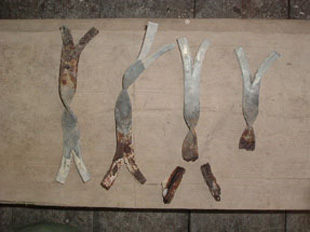 If your home was built before 1981 then call us for a survey where we will assess the building and its wall ties. We will then advise on the next procedures as to which route to take for resolution. Get in touch with us via 023 8032 6500.